One highly appealing aspect about Go is built-in testing with go test. From one who once eschewed test-driven development, I now wholly encourage it. Testing is fundamental to writing Go code, and Go 1.2’s new test coverage tools make TDD more compelling than ever.

GoConvey is a new project that makes testing even better in Go. It consists of (1) a framework for writing behavioral-style tests, and (2) a web UI which reports test results in real-time. Both are optional, depending on your own workflow. 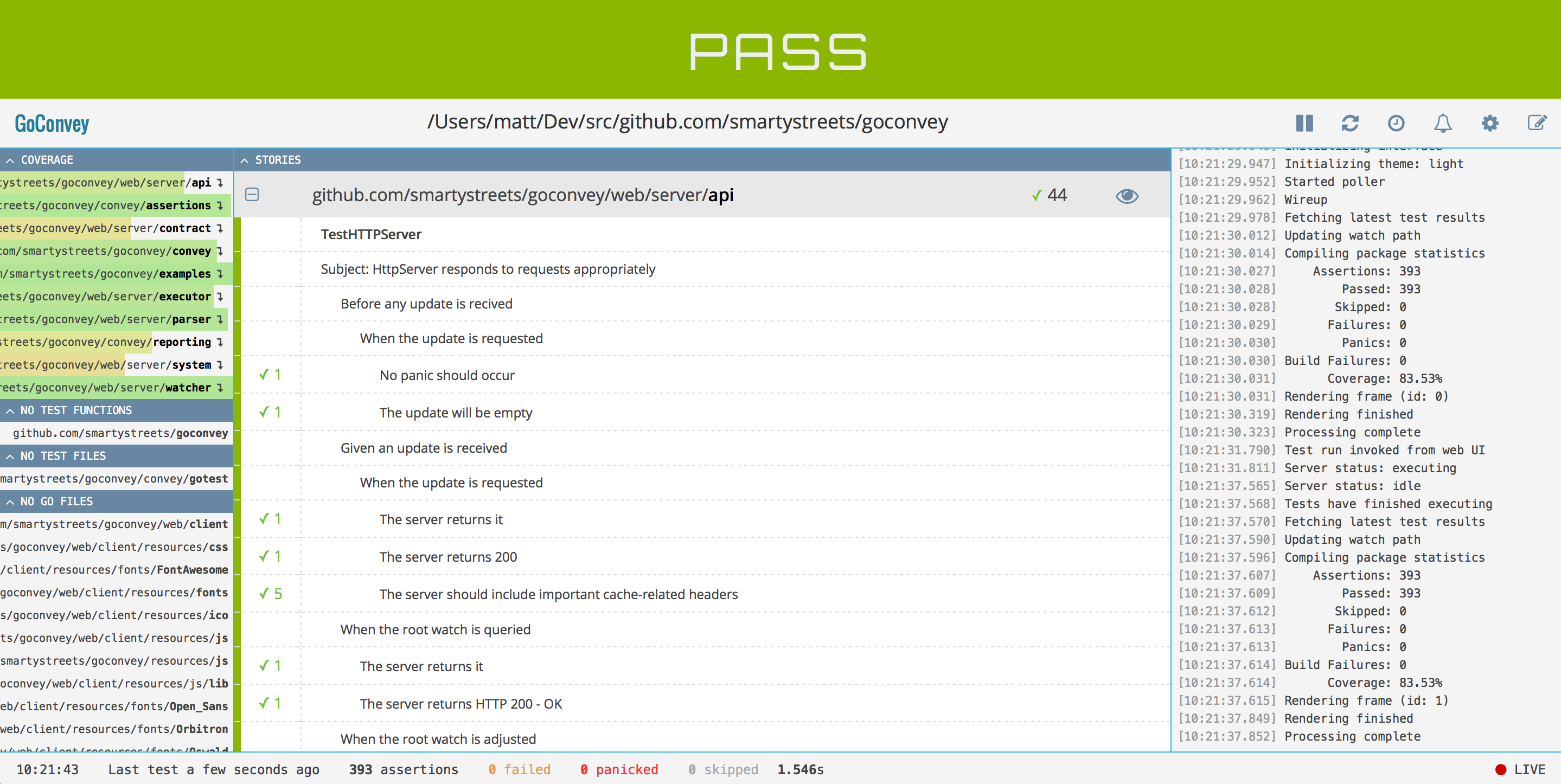 The web interface works with any tests that run with go test. In other words, it fully supports native Go tests using the standard testing package, and it should play nicely with other frameworks like gocheck, Testify, and Ginkgo.

The browser page updates automatically when Go files are changed. You can also enable desktop notifications so you don’t have to leave your editor: 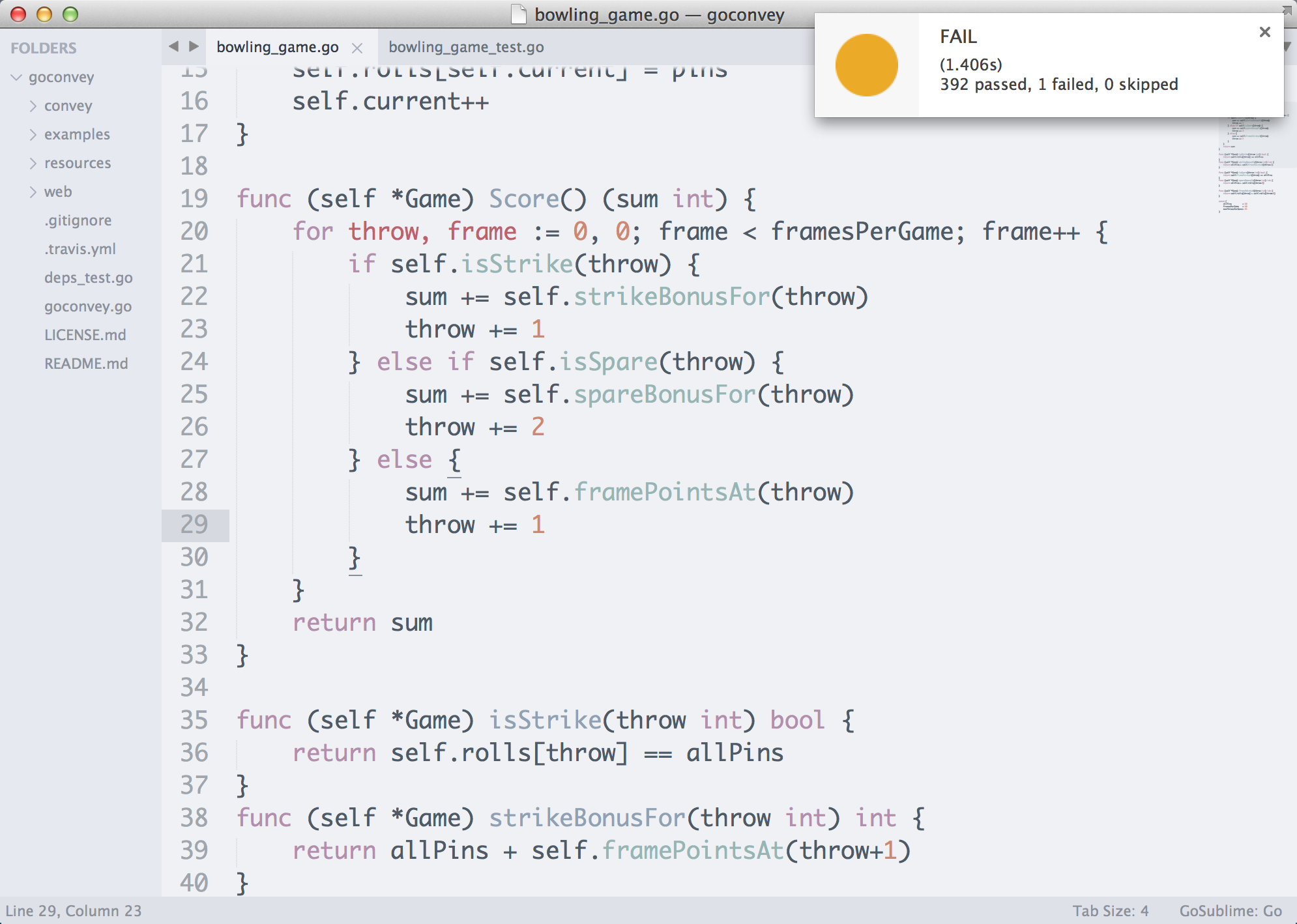 At its core, though, GoConvey is a testing framework. Its simple DSL is designed so that code is not only tested, but also documented clearly and unambiguously:

The web UI comes with a tool to stub this out for you without having to worry about Go syntax.

If you prefer the terminal over a browser, just run go test as usual: 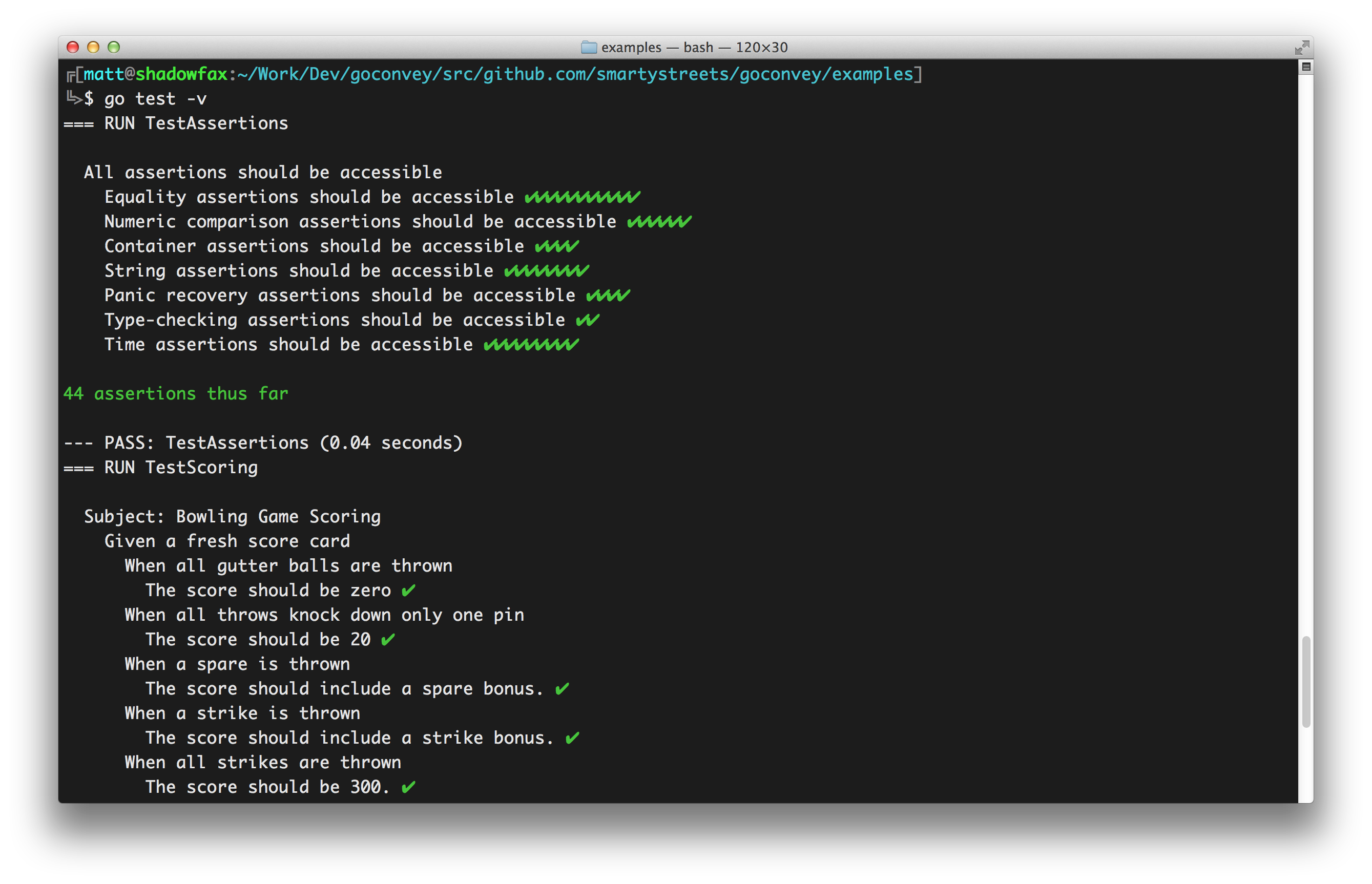 GoConvey provides positive assertions, which is different from traditional Go tests. Quick:tell me what the expected results are, not what they aren’t:

(Are you right? Keep reading.) This statement tells us what the code shouldn’t do, rather than telling us what it should do. It would be much easier to understand if we replace it with two clear So assertions:

Did you read the original test correctly? Most people forget that foo can equal bar and still pass.

GoConvey is a different way of thinking about testing in Go. GoConvey is verbose, whereas Go convention is concise and even abbreviated. But Go purists may still find the web UI appealing while sticking to the standard testing package. (And let’s remind ourselves that the test files and packages, with all their verbosity, are not compiled into the production binaries.)

The framework and the web UI are independent; if the framework isn’t your thing, try the web UI (and vice versa). This is designed to be a drop-in convenience around existing tests.

If you would like to contribute new features or fixes, please be our guest. Open an issue on GitHub to discuss it, and remember: “a pull request, with test, is best.”