Go is the perfect language to develop command line applications. Go has a few advantages that really set it apart from other languages:

Command line based applications are nearly as old as computing itself but this doesn’t mean that they haven’t evolved. Traditional cli applications used flags to manage the different behaviors an application could perform. Modern cli applications have evolved to use a combination of commands, subcommands and flags to control behavior.

As I was developing Hugo I realized that I needed a cli commander that was able to support the refined interface a modern application like hugo requires. Though the Go tool itself utilizes a subcommands interface, the standard library only provides a flags package… and that package uses a non-standard (Plan 9) flag interface.

The community had provided a few options, but none fit my needs (lack of support for nesting, non-customizable help, lack of posix compliance). Unable to find a suitable existing library, I began work on a library for a modern cli commander. 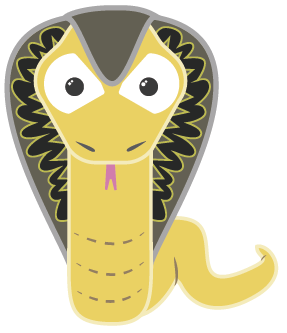 Cobra is a commander providing a simple interface to create powerful modern CLI interfaces similar to git & go tools. In addition to providing an interface, Cobra simultaneously provides a controller to organize your application code.

Inspired by cli, go, go-Commander, gh and subcommand, Cobra improves on these by providing fully posix compliant flags (including short & long versions), nesting commands, and the ability to define your own help and usage for any or all commands.

Cobra has an exceptionally clean interface and simple design without needless constructors or initialization methods.

Cobra is built on a structure of commands & flags.

Flags are modifiers for those actions.

In the following example ‘server’ is a command and ‘port’ is a flag. In this example port only applies to the server command. Cobra provides the ability to bind a flag to a single command or to many commands.

Start with your root command

Additional commands are defined as needed. A few note worthy things about the example below:

In the following example we will demonstrate a few different ways of creating a flag. A common way is to pass in a pointer so that you can easily check the value the user has set the flag to. When you attach a persistent flag to your root command it is a global flag.

You can also create a flag on a subcommand. In this example we are binding the ‘times’ flag to the echo command. This is a local flag, unlike the flags demonstrated above which persist to the children commands. It is also has a short version, accessible via --times or -n

Once you’ve defined your commands package, you need to invoke it in your main function.

The Cobra library has a bunch of other really helpful features we haven’t discussed here. One such example is that Cobra provides a help command out of the box. You are welcome to use Cobra’s built in help or to define your own. See the cobra documentation for more details.

“Cobra is a really clean package. I wish my own CLI library was as good!” - Jeremy Sanz (author of CLI)

We welcome contributions. Please feel free to fork the project and help us make the best commander ever.

Cobra is a great tool to build modern cli applications, but it’s only half of the battle. Stay tuned for part two where I introduce Cobra’s companion, Viper.