CloudForest is a machine learning project dedicated to the construction of Random Forests built entirely in Go. It was created by Ryan Bressler.

Random Forests are a machine learning algorithm based around the construction of many single classification trees, each splitting both the training set and the features available to train the model randomly. Each single tree is different from the others due to this random split and the ensemble of all the trees together is able to classify the data better than any single tree could do by itself. We won’t go deep on how Random Forests work internally, you can learn more here.

CloudForest is a swiss army knife of options for how a model can be built. It supports not only the original ideas from Breiman and Cutler’s algorithm but also boosting, class weighted classification, feature selection with artificial constrasts, support for missing values and many more features.

To start building a classification model, we’re gonna need the growforest command, which you can get by running:

With growforest available, training your first model is as easy as running:

These three flags are the bread and butter of growforest. -train specifies an input file, containing all the training data CloudForest will use to build the model, -rfpred is the name of the output file where the forest will be written to and -target is the name of the feature we are trying to predict.

With these options, growforest will build a forest with 100 trees, using every feature available in the training set to correlate with the target. The .sf file generated is just a list of trees, each line representing a decision point based on one of the features.

After we build our model with growforest, we’ll want to use it to analyze new data. For that, we’ll need the applyforest command.

Applying a model built with growforest to new data is also simple:

The -fm flag specifies the filename with the test set data, akin to the -train flag we’ve used for growforest.

We’ve talked about the input files for the training set and the test set but we haven’t discussed in which format these files are expected. CloudForest expects input files to be in Annotated Feature Matrix (.afm) format. It also supports .libsvm and .arff formats, but the standard is .afm.

AFM, as the name implies, is a matrix. The file is a tsv, a sequence of columns separated by tabs. In this tsv, either the first row or the first column is a set of headers describing each feature present in the dataset. By default the columns represent entries in the dataset and the rows represent features. The opposite is also supported, and is often easier to work with.

Each row/column header includes a prefix to the name of the feature. The presence of these prefixes is what determines if the file is oriented by column or row. There are three prefixes:

Every feature has to be mapped to one of these prefixes. Numerical features can be both integers and floating point numbers. Categorical and boolean features are represented by strings.

One of the most interesting aspects of building classification models with CloudForest is finding out which features have the biggest impact on your model. Not every feature impacts the model in the same way, some are highly correlated with what you’re trying to predict and some not so much. Knowing which features are important can help you iterate and build better models.

When you’re running growforest, if you specify the flag -importance=filename.tsv, the growforest command will create a second output file along with the .sf file. This new file is a tsv file that lists every feature along with several metrics.

Some of these metrics deal with how many trees chose to use a feature, others show how a feature impacted the accuracy of the whole model. The full list of metrics can be found here.

To support all of the different ways CloudForest can build classification models, there are dozens of flags. The list of flags for all the options can feel daunting when you’re not familiar with some of the terms, much like this: 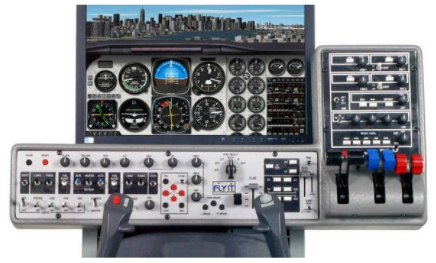 However, some of the flags are of particular importance to any kind of model:

Importing and using CloudForest directly from other Go programs

Combining the data matrix from our first snippet and the forest from our second, we could apply the forest over all the cases in the matrix, tallying the results as a boolean prediction:

Binary (boolean) classification is only one possibility. With different vote tallyers, different target features and options, several other kinds of classifications can be done.

Real-world use case: predicting mutations that cause diseases

The human genome is over 3 billion nucleotides long. Every person has thousands of mutations (the term variant is technicaly more correct, but we’ll keep using mutation), defining their distinct features, the characteristics that make them unique. Unfortunately, some of these mutations, instead of changing the color of your eyes, cause diseases.

Determining which mutations cause diseases in the middle of this sea of mutations is not straightforward. Not every mutation is covered by scientific publications, and many disease causing mutations have never been seen even in huge databases of human mutations such as ExAC or gnomAD (thanks, natural selection). To solve this problem, researchers in genetics have often turned to machine learning models built with Random Forests.

A mutation can cross many genes and exons. Some of its features can be determined for the entire mutation and others depend on which segment we’re working with. Therefore, it makes sense to model a mutation as a struct with several slices and a somewhat deep hierarchy.

This deep hierarchy does not translate well into a simple tsv row. Another problem is how to select which features we want to use. In this example, we probably don’t want to use the Chromosome field in the classification model, the structural characteristics of the mutation are the real driving factors to whether it causes a disease or not, so we might as well completely ignore it when dealing with CloudForest.

To solve both of these issues, we turned to reflection and struct tags.

With reflection, we traverse Mutations in memory, creating tsv rows for each Segment and repeating the common values shared by each segment. The AFM struct tag determines if a feature is used or discarded. The end result is a complete afm file built in memory during execution of the program.

Forest construction is still done on the command line with growforest. Application of the model to new, unknown mutations, is done entirely in memory, as the system receives new files for processing. At the time this was originally built, without much experience in Go, we did not realize that all of this work was actually the construction of an encoding library. It does not conform to the encoding interfaces in the standard library due to that oversight and has never seen the light of open source, sadly.

In production, we’ve had multiple models built with growforest and applied this way, always achieving more than 90% accuracy across all of our tests. The system can’t predict by itself every single mutation that causes a disease in real patients but serves as a powerful tool for the geneticists to quickly find what really matters.

Random Forests are a general purpose algorithm suited for many applications and CloudForest has been around for many years, proving itself one of the most robust Machine Learning libraries built with Go so far.

Try it for yourself and get in touch with the community at the Google Group!

Bonus points: if you can understand Portuguese, the story of the construction of the genetics system was the talk that opened the second day of GopherCon Brazil’s first edition. The video is up at https://youtu.be/KkQpT7acNFc.