Bringing Sanity to your Dependencies with Go Modules and Athens 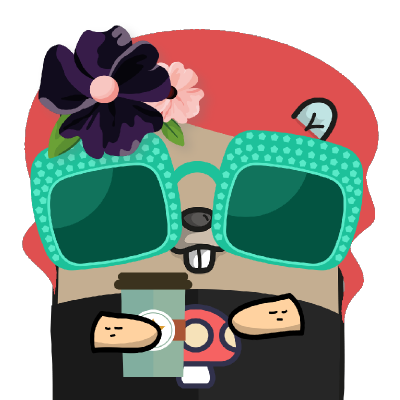 As many of us know, Go version 1.11 introduced Go Modules, a brand new dependency management system.

A Little Bit About Modules

Before 1.11, our dependencies were a collection of Go packages with a single version number attached to all of them. As packages evolved, their versions were changed. Tools like Godep, glide, gb and dep made it really easy for us to fetch all the packages that our apps needed, at the versions we needed.

Then, Go modules came along and changed the way we refer to dependencies. Modules are a collection of Go packages that can have multiple versions attached to them at once. Most commonly, these versions follow the semver format, which the modules tooling respects.

But, module features don’t stop there. Here are a few more cool features that I like:

What The Modules System Still Lacks 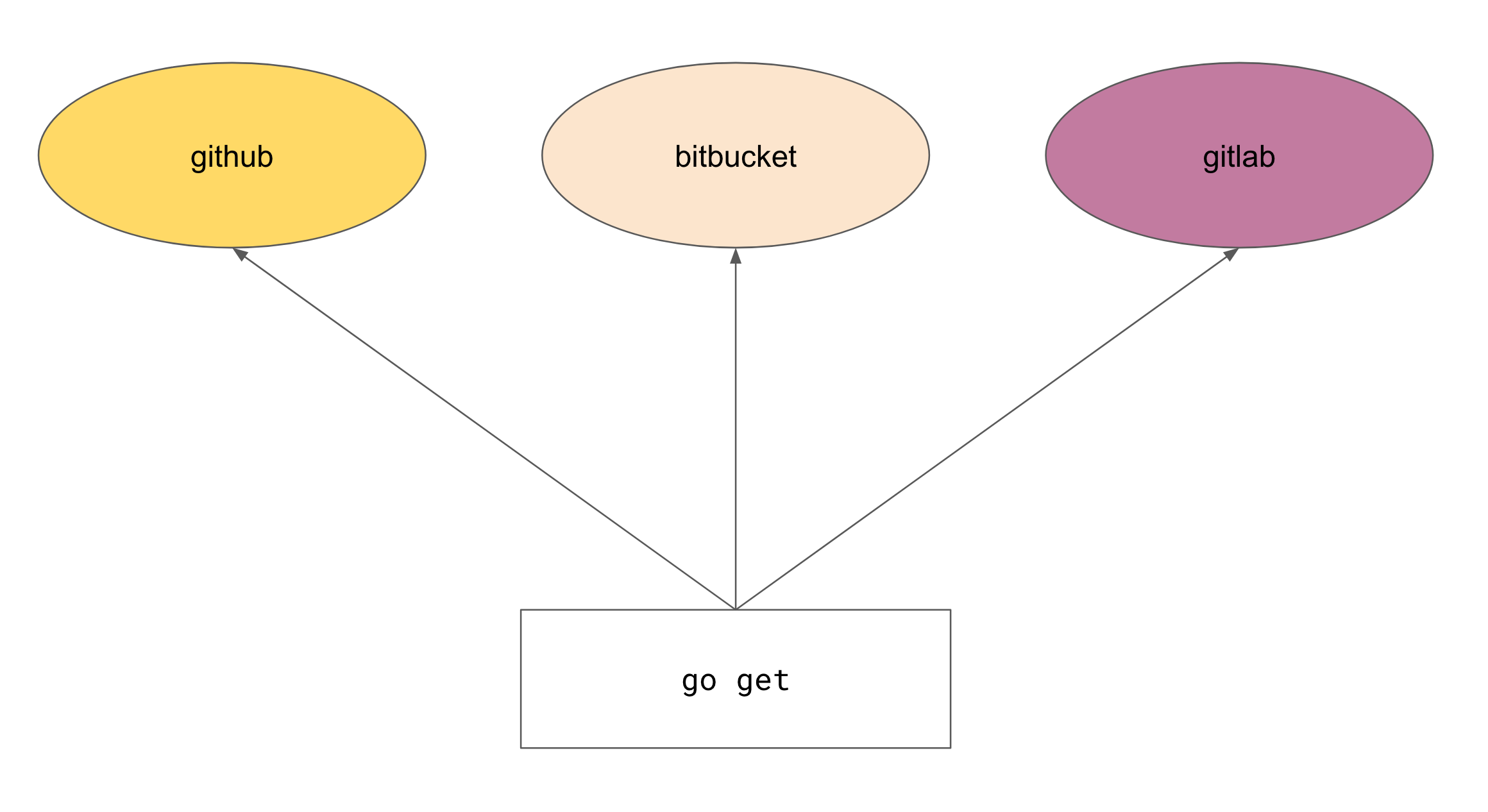 The direct-from-VCS approach has served us pretty well since the beginning of versioned dependencies in Go, but it has led to some issues for the community. Here are a few that stand out in my mind:

The above issues reveal a common underlying problem. Our module code is not separated from module artifacts that get downloaded by tools. And since we don’t have that separation, we have to write our modules using the same systems (the VCS hosts) as we do to serve those very same modules to the Gophers who depend on them.

GitHub and other VCS hosts are great tools for collaborating on code, making changes, and tracking history. But since we’ve also been relying on them to deliver artifacts, those features start to become limitations. And as the community continues to grow, these limitations will come up more and more often.

We need to move from fetching modules directly from VCS:

To fetching modules from a content delivery network (CDN): 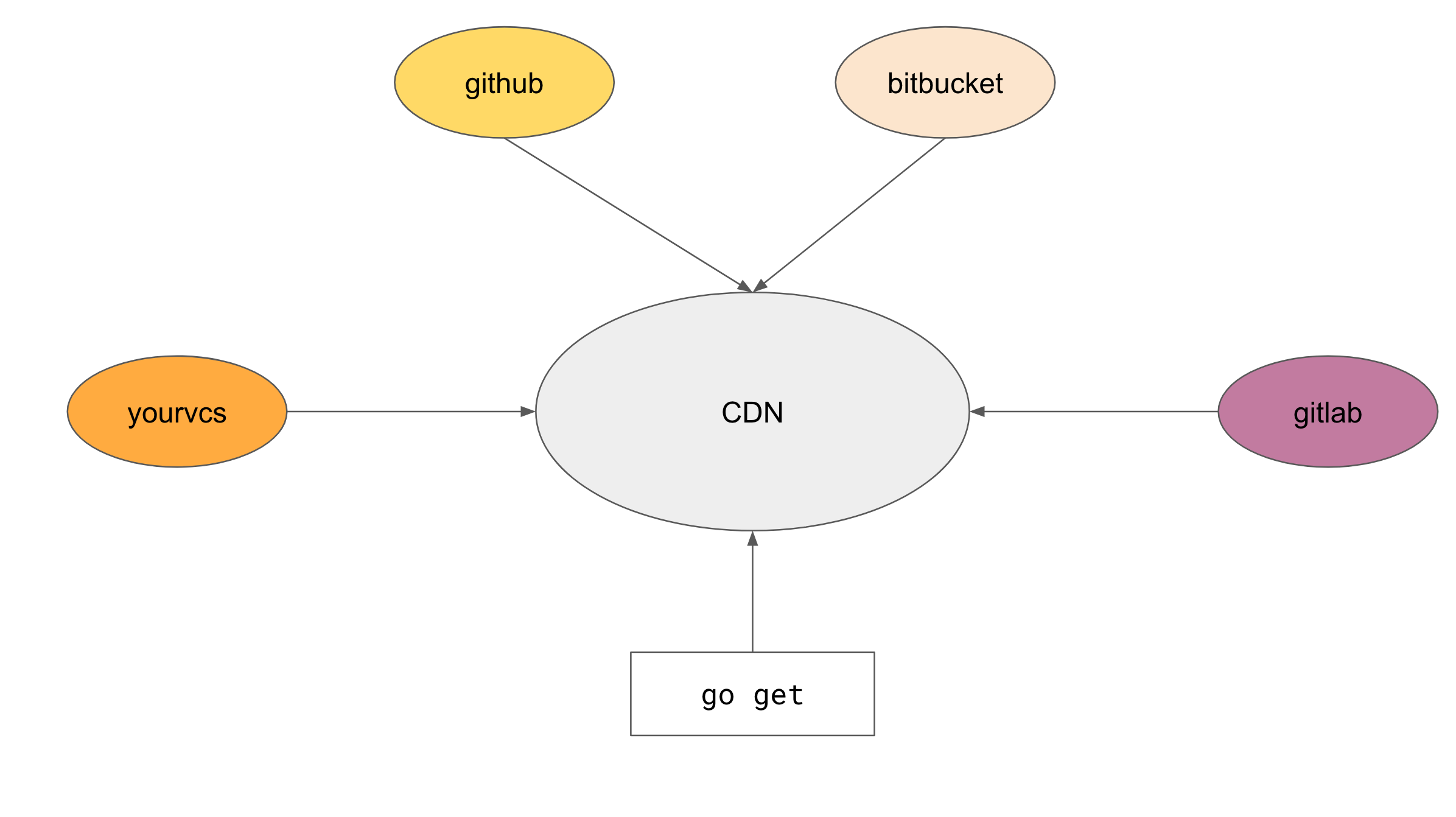 The new servers for module artifacts are called module proxies. They’re free to implement the API and efficiently serve module artifacts to consumers, without worrying about the VCS hosting service at all.

Many of us use Git to push our code to GitHub and Git tags or GitHub releases to release a new version of our code. This architecture allows us to keep using those tools and that workflow.

Note: if you’re not using semver tags to release new versions of your module, you should start doing that now!

And by building proxy servers, we don’t have to change anything about our workflow to fetch modules. A simple go get against a proxy server will fetch a module at the version of your choice.

Now that there’s a high level architecture for module proxies, the question is what should a proxy look like? There are two main possibilities:

In order to not disturb workflows like discussed in the previous section, we need to implement the second one, and Athens is the first open source implementation to do that.

In other words, Athens is an immutable mirror of upstream VCS hosts. When you execute go get github.com/athens-artifacts/maturelib@v1.0.0 against an Athens proxy, Athens will store this code in its database forever, regardless of what happens to that code on GitHub. 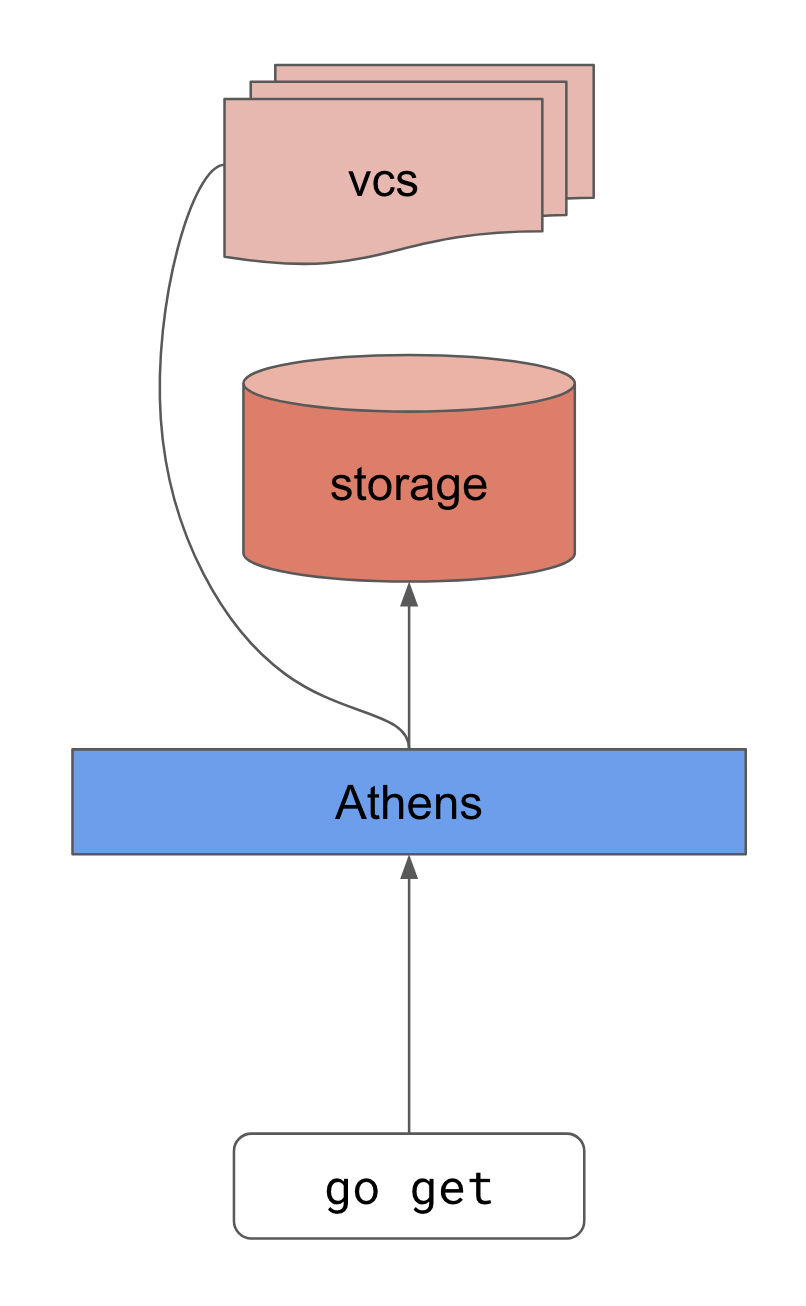 We’ve tested Athens out in lots of different situations:

As we’ve gathered feedback and reviewed our experiences in each situation, we’ve found some common benefits.

Go modules maintains a local on-disk cache (at $GOPATH/pkg/mod), which of course makes builds faster than fetching modules from the network! But, for cold caches (like in CI/CD systems), builds are faster than with fetch-from-VCS situations.

We get speed for a pretty simple reason - Athens serves zip files with module code in them, and no VCS history. It’s the same thing as if you ran git clone --depth 1 and then zipped up the result.

A Vendor in The Cloud

Athens holds an immutable database, so we’re insulated from changes to upstream repositories, even if we delete the vendor directory. Simply put, that lets us delete code from our repository while still keeping our builds fast and, more importantly, reliable.

Because the download API is HTTP, we can take advantage of all the battle tested web technologies we know and love. For example, internal teams can load balance across many Athens servers, and we can put a global caching proxy (a proxy in a proxy - inception!) in front of the public proxy.

Federation is important to me because it promotes collaboration and open-ness. I don’t want the community to end up with a single module registry that holds all the code, and nobody else can participate.

The download API is the lingua franca of the Go modules ecosystem and Athens implements it. Anyone can build their own proxy or run Athens themselves and participate in the module proxy ecosystem.

Where is Athens Now?

The project started as a few lines of code I wrote one evening and has grown to a community of over 50 contributors across 3 continents. Even more importantly to me is that we’ve maintained a nice, supportive and inclusive place to be, and we all work to keep it that way.

We released a beta version about a month ago, and it’s being used inside of several organizations. We’re also working on our beta 2 release and a preview public server at the moment.

Feel free to follow @gomodsio on Twitter to keep up with these releases and other Athens news.

We spend a lot of time documenting how to set up and use Athens, so we’d love for you to try it out and tell us what you think. We’d also really appreciate starring us on GitHub so more Gophers can find us.

There are lots of ways to contribute to Athens, and we have interesting work to do. Whether you want to “lurk and learn”, write code, or anything in between, you’re welcome to join us, and we’ll help you get started.

The above link has an exhaustive list of ways to get involved, but here are two super easy ways to start:

Absolutely everybody is welcome to join us, and I hope to see you soon!